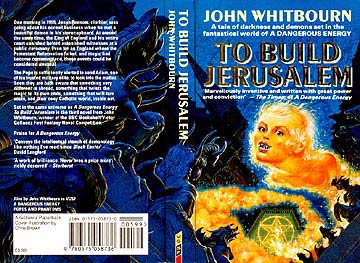 Whitbourn, John. Continuum
Divergence: 1562 CE
What if: Elizabeth I of England died of smallpox in 1562 and was succeeded by Mary of Scotland. Also, magic works.
Series note: Series including A Dangerous Energy and To Build Jerusalem. A third, titled The Two Confessions, was once expected.