Cronin, Michael. Against the Day Trilogy
Divergence: 1940 CE
What if: Germany invaded and defeated England in September 1940.
Series note: Series including Against the Day, Through the Night, and In the Morning. 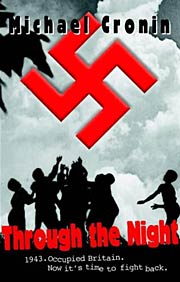 Cronin, Michael. Through the Night
Divergence: 1940 CE
Summary: The German occupation of England continues into the winter of 1943, and the residents of a Sussex village cope with life while the Nazis hunt for a forbidden wireless transmitter.
Series note: Second of the Against the Day trilogy.
Published: Oxford University 2002 (0192752219BUY). 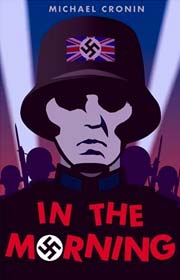 Cronin, Michael. In the Morning
Divergence: 1940 CE
Summary: As the Nazi occupation of Britain crumbles in 1945, our young hero is injured and finds himself trapped among a family of collaborators.
Series note: Third of the Against the Day trilogy.
Published: Oxford University 2005 (0192754475BUY).