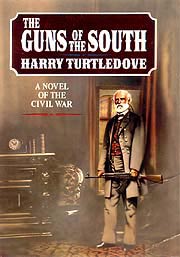 Turtledove, Harry. The Guns of the South: A Novel of the Civil War. Ballantine 1992.